While many of the responses were to be expected (healed the sick, etc.) they were often as surprising as they were predictable. In one student’s mind, it all became clear. Her said that he and Jesus were walking, and when Jesus saw the bullied person he sat next to them, and he cured the injured person, and got the sick person something to drink. However, when they came to the lonely person, he mentioned the name of a girl, and added, by way of an explanatory gloss: “She’s a wee girl I have a fancy for, sir.” Then he told me that he’d said to Jesus, “Stay you here. I’ll take over now.”

This, to me, was an experience where the Jesus of his imagination would have been the recipient of the surprise. But it speaks so well. Once, years ago, I got a card from the parents of a young man I had been doing some work with. The card said, “Our faith tells us to be thankful at all times, so we are sending you this card to say thanks.” I wondered who made those abysmal cards, and I also wondered if I could find a card that said, “Don’t bother.” The young man at the De La Salle Pastoral Centre had understood something that the card writers didn’t. Our faith is to guide us so that we can move from merely doing what is good because we trust the source to doing what is good – maybe because we know it’s good, or maybe because we like it, or maybe because we just do it. We can move beyond “I’m doing this because God tells me” to “I’m doing this because it’s good.” Some people don’t need the first step. Others get stuck there. The call is to go beyond it, with all the courage and critique that that entails. Ω

Reflect: When have you felt moved to ‘take over’ from Jesus? That is, when have you prayed for something to be done, then realised you might be the person to do that something? Did you do it?

What is this? Lent is the 40 days, excluding Sundays, before Easter. Traditionally it is a time of reflection and pilgrimage. To help you on this journey, Sanctuary has put together 40 stories from people both within and beyond the congregation, with associated questions for reflection and prayer. A reading will be uploaded every day of Lent. This year’s theme is Fruit of the Spirit. Why? Read this. #Lent2022. Real People, Real Stories: 40 Readings for Lent © Sanctuary, 2022. From Pádraig Ó Tuama. In the Shelter. London: Hodder & Stoughton, 2015: 79-80. 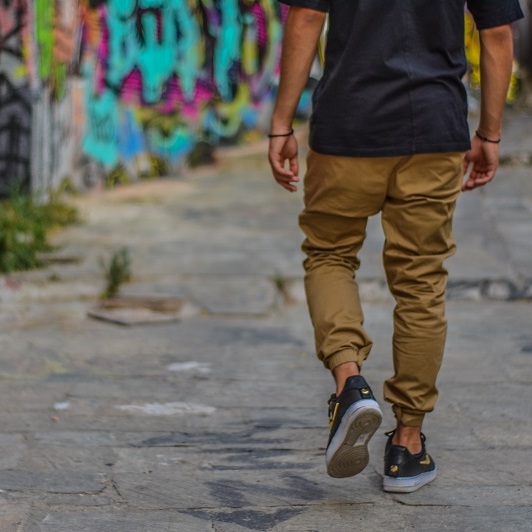