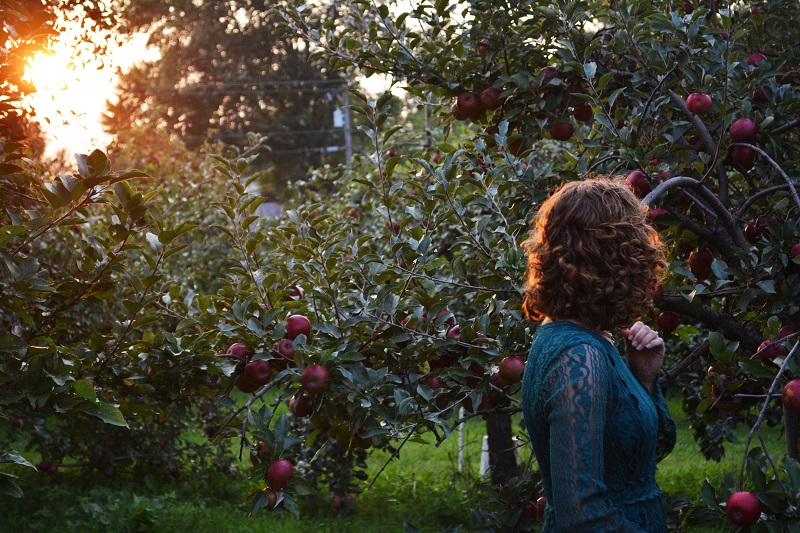 Indigenous and Christian ways of the seeing reveal a world fully alive, animated by the spirit, and wanting to communicate. (Listen.)

While we were away with our sister church recently, Phil went for a walk. When he came back, Uncle Den wandered up for a chat: “I saw you come back from a bit of a walkabout just now.” “Yep,” said Phil, and he told Uncle Den how much he loves being outside by himself, and how he finds peace and rejuvenation there. Uncle Den asked him, “So do you talk to the birds that you see? Do you stop to listen to what they might wanna say to you? How ‘bout the trees? They’re always talking; do you listen to them, too?”

Phil told me this story, and I’ve been thinking about it ever since. Do trees talk? Do birds chat? Uncle Den says so. Lots of other First Peoples say so. And the Bible says so, too. For did you hear the Psalm? Every single thing in all creation is called to praise God. Sun, moon and stars: Praise God! The sea and the sky: Praise God! Fire and hail, snow and fog, wind: Praise God! Mountains and hills: Praise God! Sea creatures and river creatures: Praise God! Apple trees and eucalypts: Praise God! Wild animals and farm animals: Praise God! Bugs and beetles and creepy-crawlies: Praise God! Fairy wrens and wedge tail eagles: Praise God! Powerful people and vulnerable people, men, women and children: Praise God! All things in heaven and earth: Praise God!

And if all things can praise God, then all things can communicate: and this suggests that we can learn to listen to little birds and stately trees. But this will take some real thinking and reflecting: a conversion of our hearts and language, in fact. Because language shapes how we see the world.

For example, if we talk about God only as ‘he’, we blind ourselves to half the revelation of God, who is both male and female, and bigger than male and female combined. Limiting our language about God to ‘he’ limits our insights into God, limits our experiences of God, and limits, too, our honouring of women who are made in the image of God. So that’s one example of how language can limit and shape our thinking.

Another example is how we speak of creation: and English has a really big limitation here. In English, the world is divided into ‘people’ and ‘things’. People are ‘he’, ‘she’, ‘ze’ or ‘they’; things are always ‘it’. When children or others say ‘she’ for a tree, we correct them: because, in English, a tree is an ‘it’. This language convention means that we usually think about trees and animals and most other things as objects; and we tend to assume that only people are animated by the spirit.

So when we hear Psalms like tonight’s, as English speakers our minds boggle. We know that trees and rocks and rivers can’t talk: so how can they praise God? At least, that’s what we think we know, and so many preachers will ignore this passage, or they’ll say that it’s pure poetry. Of course, it is poetry; but it’s more than that. But this is hard for us to understand because of our language.

Other languages are different. For example, there’s a language called Potawatomi, and it’s spoken by some First Nations people in what is now the United States. In Potawatomi, the world is divided into two, but, unlike English, it’s not people versus everything else. Instead, everything is either animate – spirit-filled – or inanimate.

In Potawatomi, animate things, or things filled with spirit, include people, but they also include animals, plants, rocks, mountains, water, fire and places, as well as sacred medicines, sacred drums, sacred stories and sacred songs. The things in Potawatomi which are not animate are most of the things which are made by people. So a stone is animate, but a table is not. An apple is a ‘being’; a pencil, made by humans, is a ‘thing’.

In Potawatomi, things which are animate are never called ‘it’: that would be a very rude and disrespectful thing to do, like calling Grandma ‘it’. Instead, anything which is animate is referred to like people. So a river might be a ‘she’, and a rock might be a ‘he’, and a kangaroo trail might show that ‘someone’ likes to go this way through the grass. ‘Someone’ might need feeding, and that someone might be young Elliott, or he might be the fire needing a fresh log; ‘someone else’ might be laughing, and that someone might be Emma, or she might be the river as she gurgles over smooth stones and dances in dappled sunlight.

As Christians, we believe that, through Christ, God is before all things and behind all things and bigger than all things, and that God is also in all things. This sounds very abstract, but the Potawatomi way of talking and thinking brings it home. So even though we don’t speak Potawatomi or any other Indigenous language, as English speakers who are Christian perhaps we can begin to think of rivers and rocks and rosellas not as ‘things’ to be used or ignored, but as ‘beings’ in whom the spirit is pleased to dwell; people who, like us, are called to praise God with every inch of their being, just as the Psalmist instructs.

I have found that, as I try to look at the world in this way, I am beginning to pay real attention; I am beginning to listen to the trees and the birds just as Uncle Den suggests. And I am beginning to see that sin is about blocking communication and turning off the channel of praise: and this happens when the rivers and the skies and the seas and the land are choking, polluted, poisoned, or dead.

In English capitalist thinking, the world is full of ‘things’ which are inanimate; and this world is terribly lonely. But in Potawatomi and Christian thinking, the world is full of ‘beings’ who are animated by spirit and are communicating all the time. And when we catch this ancient way of knowing, then through all creation, we can catch a glimpse of Christ; in all creation, we have an opportunity to serve Christ; to all creation, we ourselves might become Christ — and this includes sheoaks and magpies and Moyjil and Tower Hill.

Last week, as I was pondering this ancient and wonderful way, I went to a friend’s house to clean the ivy out of her apple tree. I was clipping and yanking and digging when suddenly I remembered an old carol: Jesus Christ the Apple Tree. I hummed a few bars, then looked carefully at the tree. Feeling a bit silly, I said, “Hello.”

Suddenly I had the sense that, in serving the apple tree, I was serving Christ. I touched its trunk respectfully, then clipped and yanked and dug more carefully, and thought and prayed some more. Five minutes later, a man came wandering up the driveway.

“You must be the gardener!” he said. And I laughed and laughed. For I remembered a story in which the Risen Christ was first mistaken for a gardener, and all at once I knew that even as I was serving Jesus Christ the apple tree, the Risen Christ in me was doing the serving. As my mind did somersaults trying to grasp this way of seeing, two New Holland honeyeaters flew in. They sat on a branch a few inches from my face, and took turns staring seriously straight into my eye. I wondered, then asked, “Christ, are you here, too?”

Truly I tell you, one of them cocked its head at me, and winked. Amen. Ω

A reflection on Psalm 148 and Colossians 1:15-20 given to Sanctuary, 22 September 2019 © Alison Sampson, 2019. Image credit: Marissa Price on Unsplash. For more on Potawatomi and Indigenous ways of seeing, I cannot commend Braiding Sweetgrass, by Robin Wall Kimmerer, highly enough.

We are a small young faith community proclaiming the good news in Jesus Christ. If this post has been helpful, illuminating, encouraging or challenging-in-a-good-way, then please consider sharing it via social media so that others may read it, too. And please also consider making a contribution to help us stay afloat. Donations may be made via PayPal.

3 thoughts on “Jesus Christ, the apple tree, and me”