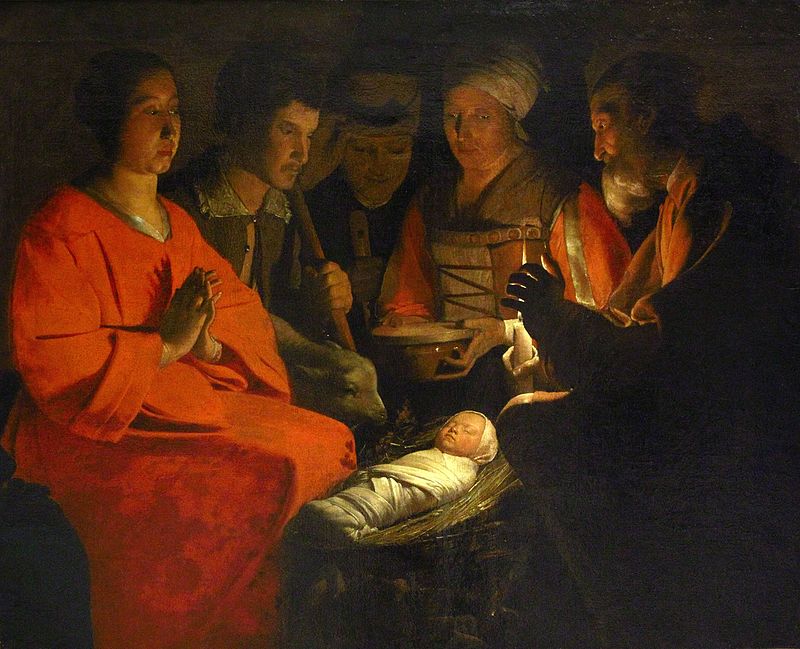 All around the world, people are preparing. The fridges are filled; the tables are set; the gifts are wrapped and waiting under the tree. The tinsel shimmers and Sinatra sings, as the world prepares for Christmas. It’s a wonderful time, a joyful time; we should all be so excited. So why, for so many of us, does it feel so hard?

Perhaps it’s about family. All around us are images of the big family Christmas. Grandmas hold babies; aunties chat; cousins play. The patriarch is enthroned at the head of the table, ready to carve the Christmas roast, and everyone is happy.

But for many of us, it just isn’t like this. Our families are little; our families are estranged. Or our partners have betrayed us or bashed us, or laid into the kids; or we’ve known decades of emotional manipulation and turmoil; or we are single parents cracking under the strain; or we are traumatised parents, whose children have been removed; or we are not parents at all, despite our desperate longing. For many of us, the family has failed; and enduring Christmas means wearing a mask, or not seeing family at all.

For others, perhaps, Christmas feels hard because of money. All around us are images of people exchanging lavish gifts. Women are delighting in expensive new jewellery; men are thrilled by power tools. Even sullen teens become sunbeams with the latest technology, and little kids are made ecstatic by bright new things.

But for many of us, it just isn’t like this. Our gift-giving is fraught. It’s about a shopping list, dictated to us by the recipient; or it’s the subject of intense family negotiations. Or we are told that the expensive gift is the wrong colour, or the wrong model, or doesn’t quite fit. Even with the new technology, the teens remain sullen; the toddlers ignore the toys, and play with wrapping paper instead. And despite the money we’ve spent, there has been no discernible increase in love, and January, February and March are looming with overwhelming credit card debt.

For yet others, perhaps, Christmas feels hard because of status. All around us are images of Christmas folded into success. People are busy with end-of-year Christmas parties and dance concerts and speech nights and other events; people are trumpeting their popularity and achievements all over social media.

But for many of us, it just isn’t like this. We can’t afford the private schools or dance lessons for our children. Our kids are ordinary, struggling: there’s no reason to turn up to an awards night. Or maybe our friends have no capacity to throw parties; or maybe we have very few friends at all. Some of us are just not that popular; and, for some of us, our major achievement has been to simply get out of bed most mornings. As the world parties itself into oblivion and pleads end-of-year fatigue, we sit at home scrolling through Facebook, wondering what we’ve done wrong.

Because we all know what it is to be blessed. The messages are loud and clear: a happy family, a pile of money, and high social status. The people with these are the lucky ones: the ones favoured by fortune; the ones favoured by the gods. And so those of us who have not been blessed in our family lives, nor with wealth or high status, feel vaguely humiliated: and this humiliation comes to a head with the messaging around Christmas.

Not much has changed in two thousand years, because these were the values when Jesus Christ was born. Family was the backbone of the empire; and money and status were seen as evidence of divine favour. At the time of Jesus’ birth, Caesar Augustus was emperor. Augustus was the adoptive son of Julius Caesar. And since everyone knew that power, wealth and divine favour are intimately connected, Augustus declared Julius divine. Thus Augustus himself was God’s son, and had public buildings engraved with the title “Caesar Augustus, Son of God.” He claimed to have brought peace to the land—the Pax Romana, a military peace—and poets and people called him Saviour. By imperial decree—by law—they bowed down to him, and some began to worship him.

In this context, the story of Jesus’ conception and birth, and its linking with divinity, is remarkable. For Jesus was conceived to a young peasant girl, a nobody, who was not yet properly married. The girl’s fiancé was entirely within his rights to publicly disown her and even have her stoned to death. But he decided to park his privilege, and divorce her quietly, instead. Then an angel came to him and told him to do something extraordinary: Stay with the woman, claim her child. And that is exactly what he did.

This young couple were soon on the move, for Caesar Augustus required each person to return to their home town to be registered in a census. In other words, this obscenely wealthy emperor wanted to know how many peasants were in each region, to maximise his earnings from tax. When Mary and Joseph arrived in Bethlehem, however, no one would make room for them in the usual living quarters—pregnant before marriage, who’d want her? So they took shelter with the animals, and laid their newborn son in a feeding trough: the abiding location of this boy’s life.

Jesus’ birth was then announced to the scum of the earth. In those days, shepherds were rough, isolated, religiously impure social outcasts: think swearing outlaw bikies. But to them come angels announcing strange good news. Do not be afraid! A saviour has been born—and all the people will celebrate! For this saviour is the real deal: and you’ll find him, not in the emperor’s throne room, but lying in a feeding trough. So the shepherds go to Bethlehem, find the baby as described, and know that it’s all true—and so they erupt back into the streets shouting and singing for joy! Because the world has been turned upside down.

Now, before you think this is a story of inclusion, let me stop you. It’s not. This is not God telling the powerful that the marginalised are actually okay, and should be included in things. Caesar Augustus is not being asked to form a listening circle, and to treat lowly peasants with a little more respect. The concept of inclusion does nothing more than uphold our current systems, where those with happy families and heaps of money and high social status are still considered privileged; that is, blessed; that is, having the inside track on God. Inclusion in this world just means that privileged people make a little more room for others: but they still set the agenda.

This story has a whole new agenda. For this is a story in which the centre of God’s action, the womb of God’s life, is nowhere near any human ideas of rank or privilege or success. Instead, God’s action is entirely relocated to the margins, in a way which completely undermines the values of empire, both the Roman empire and our own. No wonder Jesus was executed by the state!

For God did not choose to be associated with wealthy powerful perfect people: those we usually consider blessed. Instead, God chose to be born into complications and poverty: an unwed mother; a household which could not find proper accommodation; a family being pushed around by the state; a family which was soon under threat, and which had to flee to Egypt for safety. And God did not choose to be announced to the powerful in the imperial courts, but instead to no-status social outcasts living in occupied territories. And yet the story of the birth of this child continues to be told for, in this baby’s birth and in everything which followed, ordinary struggling people recognise themselves, and find hope and wholeness and healing.

So if you’re finding things hard this Christmas, don’t look to our cultural myths which link power, wealth and family with God’s favour and blessing. Don’t look at the advertising. The Christmas images all around us and the myths they embody are simply lies, told to maintain the status quo: they uphold the rich and powerful, and keep the rest of us feeling small.

Instead, if you’re seeking the wholeness which marks God’s presence, look to the shadows: the small dark humble places in your life which stink of animal dung. Look to your shame: the unmarried mother, the household on the move, the ways each and every one of us have been made to feel unworthy. Look to the occupied territories: those areas of life which are controlled by our empires: consumerism, nationalism, patriarchy, violence. Look to those places where you are marginalised, or feel like an outsider peering in on other people’s success.

And look also to those who park their privilege, and enable others to thrive. Look to feeding troughs and communion tables and old kitchen tables, and the people who gather around them. Look to those who have been told in every possible way that they do not belong: for they know good news when they hear it.

Look to them, because it is in these places and with these people that you will encounter new life, new possibility, a tender shoot of hope. For God chooses to work in dark and humble places; God chooses to operate in occupied territories and oppressive situations; God chooses to speak through the outcast, the stranger, and those who have been made to feel ashamed; God chooses to dwell in feeding troughs and at modest tables: and it is not from the halls of power but from humble places that the love which offers wholeness and healing erupts into life.

Tonight, in darkness, a baby is born. Gather with me around the feeding trough and look: for in humility, vulnerability and powerlessness you will find the one true Son of God, the Prince of Peace and the Saviour of us all.

“Glory to God in the highest heaven, and to all God’s people, peace on earth!” Amen. Ω