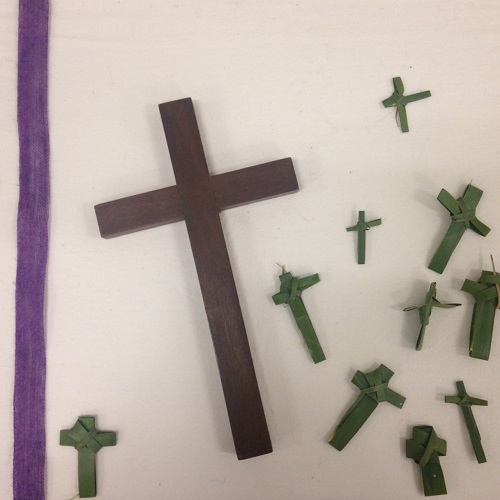 Make yourself comfortable, and give yourself time to ponder the images and questions here. A meditation on Matthew 21:1-11 for Palm Sunday, 2017. You can also listen here.

One day, he will come. He will enter the city in triumph, and free the people from the occupying forces. Maybe he’ll be wearing a thick leather jerkin, and riding a battle horse. Maybe he’ll have a sword at his side. Maybe he’ll bring an army of rebels, ready to raise hell and throw out the oppressors: self-serving politicians, rapacious business owners, corrupt bureaucrats, mercenary soldiers, powerful predators, those who place profits before people, those who stay silent in the face of violence.

And you are waiting: Waiting, and praying, and longing for him to come and set you free. Waiting, you get up; waiting, you work, and eat, and rest, and play; waiting, you go to sleep each night. For years, you have been waiting … And today, you’re in the marketplace when a rumour runs through like wildfire. “He’s coming,” they whisper, “He’s coming. The Liberator is near.”

Your heart quickens. You rush out to the main street. You hear the drumbeat of many feet. A crowd is coming; you hear shouts and laughter; you hear singing. It doesn’t sound like an army. There is no thunder of warhorses; no grumble of tanks; no clank of weapons; no sound of trumpets. Instead, you see children. They are running and laughing, little spurts of dust flying up behind their heels. They are leaping and skipping and weaving through the crowd, leading the way.

Then women come, singing. Their voices dance and play as they bend and stand, bend and stand, laying branches onto the dusty road. Men come running to bring more branches, running to throw their cloaks down. Are they welcoming the Liberator? The crowd says yes; the crowd says, it’s him! The excitement, the clamour, the singing draws you in.

What will you lay down to smooth the way?

What will you give of yourself?

Lay these things down. For here comes the man being sung into the city by women and children, by cripples and lepers, by those who don’t profit from the way things are now. He’s not wearing camouflage; he’s not riding a battle horse; he carries no sword. Instead, he wears a dusty tunic and sandals; he’s riding a young donkey. It’s so small, his feet are dragging on the ground …

Is this the man you’ve been waiting for?

Does he look like a hero, an enemy, or a friend?

How do you feel when you see him?

As he comes closer, the crowd presses in. You’re being jostled as the people draw near, trying to catch a glimpse. As they push and peer, they are singing, and cheering, and shouting “Hosanna!” You’re in the middle of this crowd when the man turns his head and looks straight at you. His face is lined; but his gaze is clear and steady. And he’s looking right into you. Right into you…

What do you see in his eyes?

The moment passes, the donkey walks on, the man turns his gaze to someone else. And you are left thinking, doubting, hoping, wondering, about what you have just seen. Later than day, you meet up with friends. They missed the parade, but they heard the rumours. Like you, their lives are shaped by forces of violence; like you, they are longing for freedom; like you, they are waiting. And they are discussing this man, and they want to know what you saw.

Which friends do you see around you?